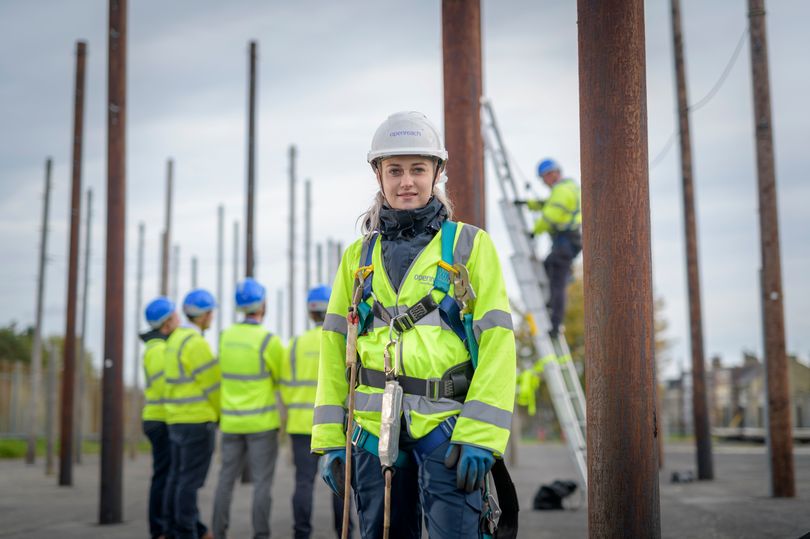 The business said more females were joining in the East Midlands area after it adapted its recruitment practices to make them more appealing to a wider variety of people.

Openreach has been working with “linguistic landscapes” and gender bias expert, Dr Chris Begeny, from Exeter University, who said there was still a feeling amongst many women that jobs within telecommunications and Openreach were mostly aimed at men.

An Openreach spokeswoman said: “Since then, significant changes have been made throughout Openreach to the way jobs are advertised, helping to drive big improvements in the number of women coming into new roles in 2021.

“The company is recruiting some 140 people into roles across the East Midlands in the current financial year and to date, 19 per cent of the intake is female – a statistic that in previous years stood in single digits.”

Most of the new recruits will support Openreach’s roll-out of Ultrafast Full Fibre, which has so far reached more than 300,000 homes and businesses across the Midlands.

“Research into the language barriers that impact female job applicants has shown that it plays a fundamental role in the recruitment process. We’d like to see more women choose careers in engineering, particularly here at Openreach, so we’re trying to address that. We’ve been amazed to see just how much of a difference subtle changes in language can make.

“Despite four in five women admitting they wouldn’t consider working in engineering, more than half were interested in an entry-level engineering role once it had been rewritten in a consciously-unbiased way. This is just one way we’re making changes to put our values at the heart of what we do. While we’re tackling the challenge on a number of fronts, we’ve been encouraged to see a significantly higher percentage of women joining our East Midlands workforce this year.

“We made a decision to be transparent about where we are and what we want to achieve. We set ambitious targets and plans that support our journey, and regularly share the progress we’re making. We want everyone who works here to feel fully accepted for who they are and valued for their contribution. We’re passionate about change and hope the work we’re doing will be of interest to other businesses – and that we can learn from each other collectively.” East Midlands partnership director, Kasam Hussain, said.

Openreach recently published their 2025 target for a 20 percent of all trainee engineer recruits and 50 percent of external management hires into to be women.

The company is also setting targets based on regional variations in ethnicity which reflect the local population and, at a minimum, match regional ethnic minority representation.